I used to be a die hard Nike Girl. Once upon a time, when I was just 12 years old, my dad bought me my first pair of Nike sneakers for track, and I never looked back. Throughout the years, I tried different brands, but always went back to Nike. One reason was pure sentiment, but the other was practical. I have a very high arch, and it’s hard to find proper support and weightlessness (for long distance running) in a single shoe. My love affair with Nike came to an end when they stopped making the Shox version that I loved… and I was desperate to find something comparable.

That’s when I learned about Mizuno.

This is the Wave Creation. There are a bunch of other designs, but this one is  my favorite. The person who introduced me to this running shoe told me that Mizuno made a name for itself making Baseball Cleats. Think of how strong those shoes have to be, for baseball players to cut up in the grass and sand and dirt the way they do. I’m extremely hard on sneakers, so the more durable, the better. Wave Creation does not disappoint. 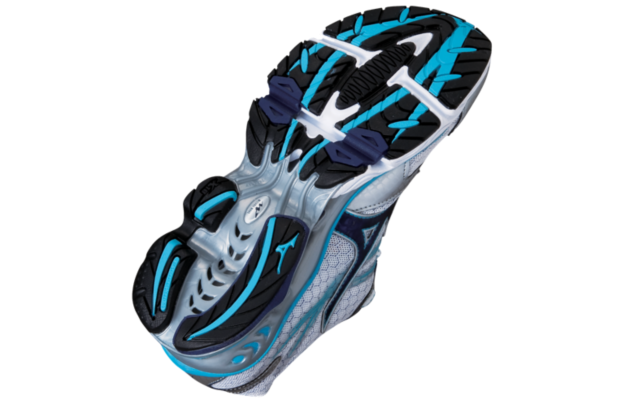 To give you an idea of how sturdy these sneakers are… the technology has NEVER broken down on me. The fabric of the shoe goes before the sole does. Since I run so often, I’m supposed to replace my shoes every 6 months. I’m apt to ignore that rule and push it to 10 months. The only reason they end up getting replaced is because I’ve finally torn the fabric and there’s a little toe showing through. Uncute.

I’ve been running and working out steady in some version of Mizuno sneakers for about 5 years now. This is my 6th pair… and I’m about due for a replacement. It’s highly likely that the only thing that will change with my new pair is the color. These are my shoes for life… or until someone proves to me that they can do better. So far, the competition is coming up short.

You can find out more about Mizuno Sneakers HERE.

THIS IS NOT YOGA!

That thunderous declaration can be heard at least three times a week, in a 24 Hour Fitness class, inappropriately named ‘Power Yoga.’ Instructor Averill Kessee (who trained under DDP Yoga founder/former wrestler Diamond Dallas Paige) walks through the class and demands that any new people ‘stand up’ so that he can take note of whether there are any injuries. Inevitably, someone either refuses to stand up or protests that he/she is familiar with yoga and can handle anything that might come their way in the class.

This arrogance is noted, and the class watches as the smug expressions of said person inevitably turn into grimaces of pain… and sometimes tears. No matter how many times this happens, it never gets old.

Maybe you know this guy. Diamond Dallas Paige made his fortune tossing his opponents (and himself) around a ring … when ‘show wrestling’ was all the rage. His career soared, but his body took one hell of a beating. It got so bad that the simple act of getting out of bed in the morning sometimes proved to be too much.

Paige’s wife suggested yoga, to which he immediately scoffed and declared that ‘Yoga was for Girls.’ Hmph. Eventually he gave in… tried it… and loved it. Paige says he created DDP Yoga for everyone… but especially men, who think that yoga is for girls.

This is Averill. Don’t let the body fool you. This man is as flexible as a dancer… a fact which often pisses off the dancers in any one of his classes. There is nothing relaxing about his class, or this particular ‘form’ of practice. Averill turns up the lights, turns up the music (which can range from Funkadelic to Insane Clown Posse), and yells at the class … sometimes with good reason, often with none.

For one hour (give or take), he leads you through poses with the most ridiculous names you’ve ever heard (Bird/Dog… Awkward Airplane… Lunging Touchdown – which is actually Crescent Pose), and twists your body into contortions that you didn’t even think were possible. And just as you look up to glare at him and dare him to do the same thing, you find that not only is he in the freakin’ pose… he’s in a more advanced version of it. Crap.

After you have been twisted, pulled, balanced and disrespected all to be damned… Averill commands you to sit on your butt and close the class properly.

“In this class, we do not say Namaste. We make the sign of the Diamond… raise our hands up… SLAM IT! Give yourselves hand…”

…to which we break into exhausted applause, utter one more cuss word for good measure, and crawl out of the classroom.

The trek home, and eventually into bed is brutal. Everything hurts. No matter how many times I’ve taken the class… everything hurts. Averill does something different each time, so your body is never bored. He firmly believes in muscle confusion, and he’ll make you a believer too.

Especially when you wake up the next morning and find that, despite the fact that you ache from the top of your head to the bottom of your toes, there is an inch missing from your waist. And your hips. And your thighs. WTH! This madness actually works.

Now, if you can’t make it to see Dallas (Santa Monica), or Averill (N. Hollywood)… fear not. This fantastically effective version of torture yoga is also available online.

Go HERE to check it out.

And while you’re there, check out Arthur’s story. Bring a tissue… it’ll make you cry. And say this to yourself: “If Arthur can do it… what the HECK am I whining about?”

There’s nothing like a good score! I’m ever on the hunt for the best … stuff, for the least amount of money. One of my favorite places to browse is a thrift/consignment shop called Wasteland. Amid the piles and piles and PILES of stuff that – at first glance – appears to be another one’s trash… there are genuine treasures to be had.

My latest trip to Wasteland nearly seemed like a total waste of time, until about five minutes before I was leaving. It’s hot as Hades right now, but I’m ever looking ahead to the next season. I wanted a  classic blazer/jacket that I could do more than a few things with (like toss over dresses, or slacks, or skirts… or whatever).

I was nearly ready to give up… and then I found this smashed between two nondescript sweaters:

I love a good fashion find at a great price! The good news is, Wasteland isn’t just scattered about cities in Southern California. They’re also online!

You can check them out at http://www.shopwasteland.com