Is this new? I think it’s new. I’m honestly too lazy to find out, because it’s totally new to ME. The last Burberry product I got was the Cashmere, and since abandoning full coverage and matte finish foundations, it barely gets any love.

But I hauled my tail all the way out to Topanga Mall to see about the Fresh Glow Foundation because I didn’t want to buy it sight unseen. Y’all remember what happened with me and the Cashmere blend in Almond, which had me running around looking like a damn pumpkin. The next shade up, Camel really looked too light. But it applies and merges beautifully.

Not one to assume that Burberry is going to keep the same undertones in this foundation, I decided to put my hands on it in person. Sure enough, the Almond looked perfect initially and Camel looked WAY too light. I swatched them both… waited for someone to help me… waited some more… and finally started making eye contact. Every damn salesperson around me seemed to be occupied with the most high maintenance people… OMG. Just asking asinine questions and sucking all the air out of the entire department. I honestly felt bad for the sales people. Tough job. I could never do it.

So I got tired of waiting and went into the stock drawers to fetch the foundation myself and BAM! Like magic, this tiny person with every single Burberry product on her face at the same time appeared before me.

Mofos love to show up like magic when they think you’re gonna steal something.

Anyway, she’s super helpful and trying to sell me on the A/W collection (which I’m not interested in), and then informs me that she’s just an MUA for the brand and can’t actually ring me up. Fine. I head over to Armani, pick up the primer (which I’m still on the fence about) and have THAT PERSON ring me up. Now to be fair, Burberry at Nordstrom in Topanga is ALWAYS raggedy. Always. Ever since my girl Alise left, these fools have never had a steady person in that area who specializes in the brand. There’s always some poor soul from Dior or Chanel fumbling their way through explanations, and they never know where to find stuff. That’s how I  knew where to find the foundation… because I’ve starred in this D-list movie before.

To the foundation itself… it’s good. It’s sheer to slightly medium coverage, and it’s demi-glow. Not full on at all, but I’m okay with that because I don’t want to look like an oil slick. It binds to the skin and sets beautifully. It’s what I wanted the MUFE water foundation to be before it curdled on my skin and literally slid off. I hate that stuff.

Camel starts out too light, but adjusts in about five minutes and merges in with my skin tone. I like it a lot. I do NOT recommend this for anyone who’s looking for coverage. This acts as a CC cream that I can tell and does more to blur the skin than actually cover it up. It’s honestly what I’m looking for in a foundation so it works gorgeously for me. I kept the rest of the face simple with Charlotte Tilbury Pressed Powder in #2 (bane of my damn existence. I can’t believe I caved and bought another one), Victoria Beckham Bronzer and Modern Mercury Highlighter (as blush and highlighter) and then the same two items on my eyes. I know! My GOD I love that collection. I’m considering a backup of Bitter Clove (don’t judge!), which is under my lash line. I smudged a teeny bit of kohl into my lash line and finished with, you guessed it, Armani Black Ecstasy mascara.

So I’m loving this foundation for regular use. It sets beautifully, feels comfortable, and doesn’t fade like Tilbury’s Magic Foundation did. Keeper.

Quick look today. I had to get out the door quickly and just wanted to look ‘fresh’…

I was feeling a little ‘vintage’ about the eyes, and wanted to do a smoky eye that involved absolutely no shimmer. I wanted a daytime look, so I swapped black shadow for matte brown to get the job done.

I couldn’t wait to use the new Becca Mineral Blush, so I got right to the business of doing an FOTD: 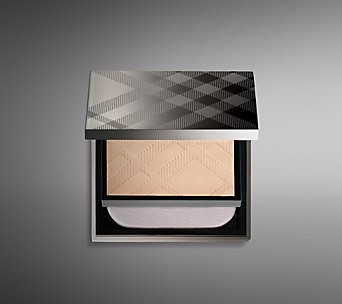 Let me begin by saying that I am not a fan of powder foundations. I have oily skin, and I don’t like to ‘force’ a matte look because my skin will fight it and crease up a powder foundation. I’ve never found one that successfully sat on my skin. So I was all set to try this product out as a pressed powder. I figured I’d just wear it over foundation and be done with it.

But it doesn’t work that way.

I got this foundation in the same shade as my sheer liquid version, in Trench #10. But I found that if I layered it over a liquid foundation (even if I let the foundation set), it oxidized TERRIBLY and went about 2 shades darker. This happened even if I used a foundation that is too light for my skin, and used this powder to correct. It still went too dark, and almost red. This powder is truly meant to be worn alone. So I tried it out by itself, and it worked beautifully.

This is not new… but it’s new to me. The Burberry palette in Dark Spice reached right out and said HELLO to me, the minute I saw it. And then Elina checked the stock… POOF! One more left (and as it turns out, not even that. That sucker was on hold for someone else and a new one had to be shipped to me). I considered it a stroke of luck, and a sign that I am meant to have it. Mmmm Hmmm.

Each of these colors simply SINGS on its own. Although this palette was released as part of a cooler weather collection… I intend to make full use of it for the Summer.

You can find out more about the Burberry Eye Palette in Dark Spice HERE.

Remember when I said I was saving the Burberry Velvet Foundation for cooler weather? Well, the morning was so overcast and chilly… that I figure it’s Mother Nature’s way of telling me to use it right now! So I did.

Adventures In…
Create a free website or blog at WordPress.com.